Skip to content
Mangalyaan. It’s a word you’ve probably heard a lot the last few years. That’s because it was one of the world’s cheapest space probes to reach Mars, collect data and relay it back to Earth, even more efficiently than NASA.

Who was the genius space institute who developed this?
None other than India’s ISRO (Indian Space Research Organization).
Why didn’t we hear about it as much? Because the ISRO isn’t NASA. Or so we think.

On a budget nearly 9 to 10 times tighter than granted to NASA, the ISRO launched the Mars Orbiter Mission to Mars orbit in late 2014. With this, India became the first nation to complete the mission in its first try, and only the fourth one to venture to Mars. 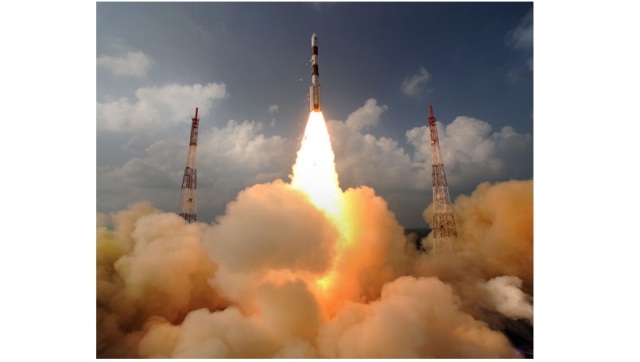 Remember back when water was discovered that there was water on the moon? Who contributed to that astonishing revelation? Chandrayaan-1, India’s first lunar mission. Why did NASA take credit? Technically, it was their gadget aboard the mission that picked up the data…

I think you get the idea. On such a small budget and time period, we’ve done more than what most countries have achieved in the lifetimes of their space programs.

Take these missions for example:

PSLV, June 2016: Developed and operated by the ISRO, it broke the ISRO’s own record of the multiple satellites that could be launched at the same time. ISRO broke its own record by launching 20 satellites in one mission. The PSLV carried a weight of 1,288 kilograms, with India’s Cartosat-2 series satellite (725.5 kg) taking up most it. The Cartosat satellite aims at charting urban, rural, coastal land use, and water distribution among others. [2]

IRNSS-1G, April 2016: Prior to the PSLV mission, the IRNSS-1G mission was the titleholder for ISRO’s record. It launched seven satellites that aim to make India self-reliant on GPS technology. The navigation satellites aim at making India self-sufficient with an indigenous navigation system. The satellites will provide real-time positioning and timing services. Its services will be extended to regions 1,500 km around India. IRNSS satellite constellation consists of three satellites in GEO orbit and four satellites in GSO orbit. [2]

What a tragedy it is that they’re so underfunded. Like NASA.

You probably read that last sentence with a face similar to the one I have throughout the entire duration of a physics test. (Yes, I am subpar at physics. Deal with it.) After the famed moon missions and the space race with the Soviets, the American masses lost interest in their space program, and even though they try to cover it up, there’s a lot of mishaps even at NASA. The government went on cutting the funding to the NASA program, forcing them to shut down so many facilities across the US.

Why is space travel still flourishing in the United States? The genius of capitalism.

Why privatized space corporations could revive the Indian space industry:

You’ve probably heard about this up-and-coming small company called SpaceX? Okay, who am I kidding? SpaceX is huge. SpaceX now receives contracts from NASA to resupply the international space station. That’s not something the average Joe gets to do. 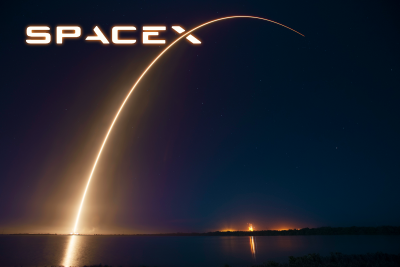 The difference between the once dominant NASA and the behemoth that SpaceX is becoming? SpaceX is funded privately and is the brainchild of a man called Elon Musk. At this point, if you haven’t heard about Elon Musk, I can recommend a good mental asylum.

The problem with government programs is that they are never guaranteed. Politics plays an important part; whether the party in power is in favor of funding the department or not, whether the public supports the movement etc. However, privately funded organizations streamline the process, from foreign investments to not needing bills to be passed in government to authorize the program. SpaceX is a prime example.

The secondary major benefit is competitiveness. Seeing one private space organization doing well will tempt other billionaires to give rise to their own corporations, and then they will all compete to build the most effective satellites and shuttles. In turn, this definitely means the entire industry benefits as top players are locked into researching technology before each other, and improves our understanding. We’ve seen this in India; the internet/telecom industry has benefited so much from companies like Vodafone/Airtel/Reliance competing to develop and introduce the best technologies, which in turn improved the nation’s infrastructure and logistics as a whole.

So, what’s the main takeaway? There’s an unfathomable amount of potential to be tapped into by private corporations if they choose to do so, which in turn will bring back so many intelligent people we lose to other nations and employment will definitely see a rise. With the advent of Mr Modi’s Make In India campaign and foreign funding, this could be the perfect time for this…

Who knows? We could be the leaders of the space race soon enough.

2 thoughts on “Why doesn’t anybody talk about the ISRO?”