Existentialism is a philosophical school of thought that deals with human existence, trying to explain the purpose of a human life. Existentialism, like many other schools of thought, is of course only a speculation and something we made up, take what you read here with a pinch of salt (after all, I don’t know any more about life than you do!)

If I were to try to explain existentialism easily, I’m afraid I’ll lose out on its intricacies, but I’ll give it a shot anyway. Existentialism, at its most fundamental level, says that every person is responsible for defining their own purpose in this world and that we are governed by our free will. Existentialism says that we are not here to ‘find purpose’, but rather to ‘create our reality and purpose’.

It sounds simple, but that’s because I’ve tried to break down roughly a few centuries worth of study and philosophical evolution into four sentences.

Existentialism originated as a school of thought in the 19th-20th Century, and one of its pioneers was Friedrich Nietzsche, a German philosopher (1844-1900). Nietschze among other things was a famed critic of the Church and religion, which ties in with the fact that he was a founding father of existentialism because while religion says that our actions and decisions are up to the behest of God, existentialism says that we get to make our decisions. You may have never heard of him, but I’m sure you’ve heard of his renowned quote, “That which does not kill us makes us stronger.”.

He wanted his work to teach us ‘how to become who we really are’. You can learn more about Nietschze in this video.

For the sake of constraining this blog to existentialism only, I’ve not talked about other existentialists, but you can check out the sources below to get an entire archive of study about its important figures.

Existentialism seems depressing to many people because it seems to talk about the meaningless of life, the absence of a ‘god’ and the loneliness of being a human among other things, but this is only a superficial look at existentialism.

A key idea of existentialism is that ‘we are alone’. Since existentialism talks about each person finding their own purpose, it makes sense that we are ‘on our own’ for the most part. This idea, though, causes a lot of anxiety and anguish. Even though there are 7 billion people on this planet, according to existentialism we are profoundly alone because every person is living based on their own choices and the responsibilities that come with those choices. This makes people feel depressed, and this is why many people brand existentialism as some kind of ‘depressing, loneliness inducing and meaningless concept’.

“You feel anxiety because you recognize that you and you alone are responsible for your actions. This produces the two-sided feeling of simultaneous dread and exhilaration.” – Source 2

Another famous idea is that of absurdity. Existentialism says that when humans come into contact with the world, we find it absurd because as humans we have a tendency to find order or uniformity, however, we find the world absurd because there are many aspects of life in which we can’t find any signs of order or uniformity, which brings about frustration.
Existentialism says that the natural world has no order, no pattern and no uniformity at all. Although the natural world can apparently be understood by physical science (e.g physics, biology or chemistry) this might be better thought of as ‘description’ of the world rather than an understanding or explanation of the world.

Freedom is also a key theme of existentialism because we have control over our actions and are free from any external control, such as of a deity or god. This is also the theme under which Nietschze coined the phrase and famous piece, ‘God is dead’. In this, he talks about how we took the idea of a supreme being and twisted into something sickening.

Jean-Paul Sartre (1905-1980), a French philosopher and another founding father of existentialism coined this phrase, and to present it simply, “existence precedes essence” refers to the fact that when you’re born, you have no meaning, no purpose, no definition. Human beings exist first, and only later define themselves.

Your existence is defined by the time you are born in, it always takes place in a particular context. Your body and its characteristics, your circumstances in a historical world, and your past, all weigh upon freedom. 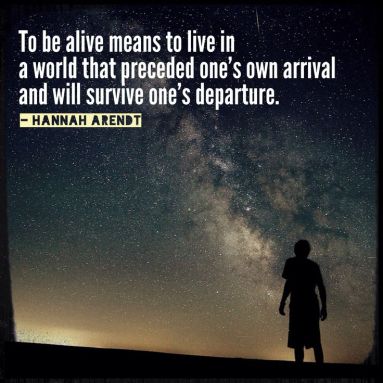 Take the time to examine the quote above. “To be alive means to live in a world that preceded one’s own arrival and will survive one’s departure”. Essentially, this quote says that a single human existence has no significant impact on the world (of course, together we impact the world in a myriad of ways). We came from dust and to dust, we shall return. What we do in that interval is what gives our life its meaning.
If this blog caused dread or the feeling of being insignificant, that means for at least some time, you were an existentialist. If you felt that it was complete jargon, then you were an existentialist too. After all, existentialism asks you to create your own meaning of life, and in rejecting this blog, you are creating your own meaning of how you choose to view the world, one which doesn’t abide by the notions of existentialism.
For me, an easy way to relate to existentialism is through astronomy. In a universe crowded with billions upon billions of stars, planets and other objects, we stand alone on this blue rock. If we are the only ones here, we truly are, influencing the universe on our own.

There’s more to do than can ever be done.
I’d like to conclude with this poignant thought:

The world is meaningless, there is no God or gods, there are no morals, the universe is not moving towards any higher purpose. All meaning is man-made, so make your own, and make it well. Do not treat life as a way to pass the time until you die. Do not try to “find yourself”. You must make yourself. Choose what you want to find meaningful and then live, create, love, hate, cry, destroy, fight and die for it. Do not let your life and your values and your actions slip easily into any mold, other than that which you create for yourself, and say with conviction, “This is who I make myself”. Do not give in to hope. Remember that nothing you do has any significance beyond that with which you imbue it. Whatever you do, do it for its own sake. When the universe looks on with indifference, laugh, and shout back, “F*ck You!”. Remember, that to fight meaninglessness is futile but fight anyway, despite its futility.

The world may be empty of meaning, but it is a blank canvas on which to paint meanings of your own.

Live deliberately.
You are free.