When prompted to answer where we’d be happiest, we always think of places filled with people, family or friends, at home or at a party. Maybe then, defining what ‘happy places’ mean to us misses out on less publicised and distinguished places. 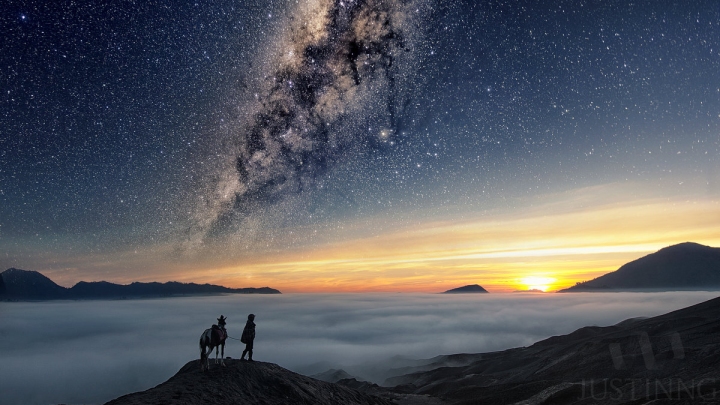 The notion that we have inherited for decades about being a sociable person is associated with finding happiness in attending, and to some extent, giving parties. To be ‘sociable’ often refers to being comfortable with being in a room filled with an extraordinary number of other people, most unknown, holding their glass of alcohol, chatting and dancing to music somewhat louder than required.

Parties have become synonymous with being sociable and enjoying ourselves, perhaps because somewhere we have become distraught with what a ‘social connection’ truly entails. We assume that being sociable is dictated by whether you can enjoy yourself in a room packed with strangers and friends, engaging in the consumption of alcohol (or drugs), speaking a lot and feigning interest in the stories of each other’s lives and their strange coincidences.

Such an argument is rooted in false dichotomies.

Firstly, true sociability – that is a real connection between two people – is almost never built up via anything cheerful. It is the result of making ourselves vulnerable before another person, by revealing some of is broken, lost, confused, lonely and in pain within us. We build genuine connections when we dare to exchange thoughts that might leave us open to humiliation and judgement; we make real friends through sharing in an uncensored and frank way a little of the agony and confusion of being alive.

Secondly, true sociability requires a context. We are generally under such pressure to appear normal, self-possessed and solid, we are understandably uninclined spontaneously to disclose our true selves. Our default mode is – without anything sinister being meant by this – to lie about who we are and what is really going on in our lives.

In lonely, isolated places, we meet a more distant side of us, one that is buried in our daily routines and the monotony of metropolitan life. This stranger greets us with familiarity, a more honest, clear picture of who we actually are, behind the facade that we put on perhaps to shield ourselves from the criticisms and inner thoughts of other people, who may not even truly care but are subjects of our own egoistic tendencies to believe that we are the centers of the universe. It is in these lone hours, in the middle of the night or the early mornings that we get to have an inner conversation of sorts with our true selves.

These conversations often tend to be more fruitful, more fulfilling than our daily conversations and general inquiries of our regular life. We are more in touch with a sense of who we are, reflecting on memories, looking into future plans, our regrets, experiences, and excitements without any external pressure of being (so-called) “normal”.

The fellow outsiders we encounter in these lonely places seem closer to offering us the true community we crave than the friends we should supposedly rely on. In their sad faces and grief-stricken eyes, we recognise the most sincere, bruised bits of ourselves. They seem like our true brothers and sisters – also unable to accommodate their characters within the strictures of the ordinary world, outcasts and – in their own way – visionaries.

Our societies place immense importance on sociability. As a result, it is sometimes strange or frightening to admit that we need to be alone, for a while. We shroud this need for solitude by using the excuses of predicaments such as work. People are more inclined to understand and sympathize if we tell them we are burdened with a work project, for example, than to tell them that sometimes human interaction is just too much. It shouldn’t be that way. When we spend our time for long stretches in the company of others, we are at a risk of forgetting who we are. We begin to adopt their habits, their characteristics, their likes, and dislikes. It disillusions us from our true self.

We need to be alone because life among other people unfolds too quickly. The pace is relentless: the jokes, the insights, the excitements. There can sometimes be enough in five minutes of social life to take up an hour of analysis. It is a quirk of our minds that not every emotion that impacts us is at once fully acknowledged, understood or even – as it were – truly felt. After time among others, there are a myriad of sensations that exist in an ‘unprocessed’ form within us. Perhaps an idea that someone raised made us anxious, prompting inchoate impulses for changes in our lives. Perhaps an anecdote sparked off an envious ambition that is worth decoding and listening to in order to grow. Maybe someone subtly fired an aggressive dart at us, and we haven’t had the chance to realise we are hurt. We need some quiet time to console ourselves by formulating an explanation of where the nastiness might have come from. We are more vulnerable and tender-skinned than we’re encouraged to imagine. Unless we’ve had time alone, we can’t be who we would like to be around our fellow humans. We won’t have original opinions. We won’t have lively and authentic perspectives. We’ll be – in the wrong way – a bit like everyone else.

We wander and long for happiness, but fail to recognize that the inherent flaw in human nature is that suffering and sadness are our natural states. Depressing? Not as much as it is a ‘noble species of sadness’.

Melancholy should not be seen as the contrapositive of happiness. It is an emotion independent of any others, and it should be seen that way. It comes about when we are open to the realization that sadness, suffering, and disappointment are at the core of being human. This is not to say that life is only gloomy and sad, but it is a realization that many times we will find ourselves in despair by the situations that life hurls our way.

It is not a disorder that needs to be cured; it is a tender-hearted, calm, dispassionate acknowledgement of how much agony we will inevitably have to travel through.

Contemporary society’s ideas linger around the notion that happiness can be perpetual, but it is not this way. We emphasize euphoria and cheerfulness and society believes it can ‘solve’ these melancholic states.

Yet melancholy springs from a rightful awareness of the tragic structure of every life. We can, in melancholy states, understand without fury or sentimentality, that no one truly understands anyone else, that loneliness is universal and that every life has its full measure of shame and sorrow.

Being melancholic is wise, as compared to being bitter or angry. This is because melancholy comes with the realization that sorrow and suffering are universal. Everybody is living out of their own expectations, hopes, dreams, and regrets.

I have picked this song, titled “it’s ok, you’re ok” by bonjr to give you an insight of what melancholy means and sounds to me like. Your opinion may differ, and that’s ok.

Our greatest misconception is the belief that happiness is a birthright and also that it is perpetual. Our artifacts and scriptures all echo this same sentiment. All milestones and hallmarks of life from marriage, to having children to having a career were all seen as distinct sources of misery. Why? We realized that human existence itself was tainted by pain and that humans are inherently flawed.

Buddhism described life itself as a vale of suffering; the Greeks insisted on the tragic structure of every human project; Christianity described each of us as being marked by ‘original sin.’ First formulated by the philosopher St Augustine in the closing days of the Roman Empire, ‘original sin’ generously insisted that humanity was intrinsically, rather than accidentally flawed. That we suffer, feel lost and isolated, are wracked with worry, miss our own talents, refuse love, lack empathy, sulk, obsess, and hate; these are not merely personal flaws; they constitute the essence of the human animal.

It is a characteristic buried deep within us. Thus, there is no solution or fix to sadness or pain altogether. All we can desire and strive for is the consolation that our problems are not ours alone.

“Consolation does not mean cure. It accepts that life is a hospice rather than a hospital.”

Understanding our nature does not automatically take away our pains and insecurities, but it can reduce our fears and misunderstandings about ourselves, others, and the world at large.

It helps immensely too, to know that we are in company. Despite the upbeat tone of society in general, there is solace in the discovery that everyone else is, in private, of course as bewildered and regretful as we are. This is not Schadenfreude, we are simply deeply reassured not to be the only ones.

So I leave you with the last aspect, CALM. It is best described by people more intelligent than myself.

I strongly suggest you visit both of these sites and read their astonishing material, all accessible for free! It certainly changed my outlook on life, and I do hope it will change yours as well.