In our very own right, we are all heroes. Popular culture loves to place emphasis on superheroes whose powers are all out of the realm of possibility, such as the ability to fly, run faster than light, be incredibly strong and so on. 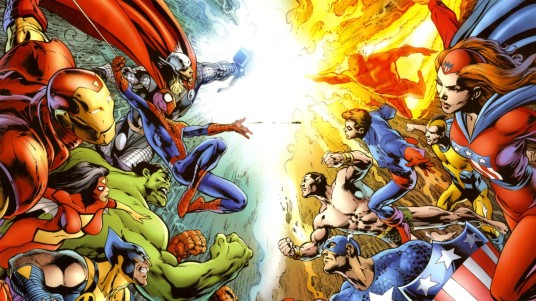 One key realization that is often exempted from the idea of heroism is that even with our physical limitations, we are heroic not because of what we are but rather what we do. Certainly, we can’t save Earth from alien invasion by creating super suits or jumping off skyscrapers, but what we can do is embody heroic virtues. To do things that make us heroes in the eyes of others, even if those things are as simple as holding the door open for someone, saying “thank you” more, or paying for someone else’s coffee. My point, as cheesy as it sounds, is that heroes don’t necessarily wear capes.

Our notion of a hero is that of one closely linked with perfection. We imagine them to be great, altruistic beings who have never done something regrettable or never wronged someone. The Ancient Greeks, however, imagined a different possibility. One where it is possible to be good and still fail. Even the best of us have at times tasted the bitterness of defeat and rejection. It all comes with the territory of being human.

This is why I have always endeared and admired Christopher Nolan’s Dark Knight Trilogy. Christian Bale’s Batman/Bruce Wayne is a man of an interesting psyche. Broken and scarred from witnessing his parent’s murder, Bruce Wayne swears to protect the city and its people from the claws of crime and dons a secret identity; Batman. Often forced to make tough decisions, much like we are in our lives, the Bat is a symbol of reconciliation and the realization that we have the ability to be heroes no matter what has happened to us in the past.

The most charming element perhaps about the trilogy is that way in which Nolan explored the mentality of a hero such as Batman. Wayne is a man who embraces a heroic duty, a man walking alone in the world, yet one who yearns to love but cannot bring anyone to his life, a man whose smile sadly rises under the shadow of his past wounds, a man who has seen the world but has forgone its beauty in order to be motivated by the evils he is dedicated to vanquish. Without desiring recognition, Wayne endures the hardships of losing those close to him in order to serve the greater good, taking the onus for others’ wrongdoings if that’s what it costs to protect the people.

I suppose what sets Batman apart from his fellow comic heroes is the fact that he operates on principle. In Nolan’s trilogy, the antagonist mocks Batman, stating that his “Compassion is a weakness”, and one that “his enemies will not share”. Ominously, Batman replies, “That’s why it’s so important. It sets us apart from them.”

I find myself often watching the entire trilogy over and over because of Bale’s Batman and Hans Zimmer’s scores.

Like Batman, there have been many movies, books and even video games that have placed an altruistic hero at the core of their stories.

My favorite, at least in a video game, has been Tyrael from the video game series ‘Diablo’. Diablo is set in ‘Sanctuary’, a realm where humanity finds itself caught between the forces of Heaven and Hell, who are constantly in conflict. Tyrael is an archangel (of Justice) that sacrifices his place and his powers so that he can fall to Sanctuary as a mortal to protect humanity and its people.

This video will get you acquainted with the scenario:

Tyrael’s fall is an important lesson in humility. Knowing that the effects of his sacrifice are irreversible, he proceeds with his goal, going so far as to fight his fellow angels because he is esteeming in his principle of justice.

Much like Batman, Tyrael has no need for recognition. Unbeknownst to those around him, who know him as the ‘falling star’ (due to the fact that he fell from Heaven and crashed to Sanctuary), they see him as the root of their problems, despite the fact that he arrived to avert disaster. Tyrael’s character in the game is, to some sort, a metaphor by extension of all of us. The fact that no other person knew Tyrael’s sacrifice is a bit terrifying and sad, and we read it as how little the world cares for our own journey, but the consolation comes when we realize that all meaning, in the end, is self-derived.

When you do something that you consider heroic, what you are doing is actually making your immediate surroundings a better place. Perhaps nobody was around to see what you did, but in the end, the value of our actions is derived from the motivation behind them, so if you did something with good intentions, then truly, your action was deemed worthy.

Nietzsche, in Thus Spoke Zarathustra, attempted to define what an intellectually-superior human might be like. Much like the superhero Superman, who was physically superior to any human, Nietzsche imagined someone who was intellectually superior to any human. Nietzsche laid out some of the fundamental principles of such a person in his work, some of which are the following.

They will also accept that pain and suffering are necessary ingredients in our existence and of good things.

Most of us allow it to become a source of anxiety or deeper sadness because we feel guilty about it — we wonder why we aren’t happy. Instead, we should realize that it is through our difficult experiences that we become resilient and more appreciative of life. Thus, we should instead accept altogether that pain cannot be avoided. We should embrace it and observe it calmly. – High Existence

The Ubermensch understand that they are hard to understand. They know that their principles and morals set them apart from the often materialistic gentry of people, and as a result, they will be lonelier than others.  They will observe care and mercy to the weak, out of the consciousness of their own emotional strength.

There’s a reason most people walk blindly through life — it’s terrifying to pursue the alternative. Choosing to pursue truth and freedom at all costs is a painful and often lonely existence. The rewards, though, are galactic in their grandeur.

Truly then, a hero is someone who acts on principle, who has no doubt, seen tragedy and misery but yet given themselves to positivity despite life’s rejections. In that sense, we are all truly heroes, of our own stories, of our own times and situations, we are cosmic beings of great rarity in the search for what makes us feel heroic.

In Ayn Rand’s Objectivism, she states that it is a “philosophy for living on earth.” She also explored Altruism.

Altruism, contrary to widespread misconception, is not the morality of “being nice to people” or “doing things for others”; rather, it is the morality of self-sacrifice—that is, of serving others at the expense of one’s own life-serving values. The basic principle of altruism is that to be moral, an action must be selfless: Insofar as a person acts selflessly, he is moral; insofar as he does not, he is not. If he gives up a value for no gain whatsoever, he is being moral; if he gains something from an action, he is not being moral. For instance, if a volunteer social worker gives away his time and effort in exchange for nothing at all, he is being moral. If a software developer creates a product that people love and trades it with them for a profit, he is not being moral. – Objective Standard

Finally then, coming to the question, “What defines a hero?”. Well, I suppose that depends on what you call heroic. It’s already been deduced that we are not superhuman, we don’t have and perhaps never will have abilities beyond the physical possibilities of our bodies. Maybe then, we should all strive to be like the Ubermensch that Nietzsche formulated. The human experience is one filled with envy, greed, anger, and suspicion. At some points in our lives, we have experienced each of these. We are not perfect, and we were never meant to be. Our understanding and compassion for others come with the realization that we are all humans, and we know one truth about humans in general; we are all flawed in our own, different ways.

Yet, we should strive, to look at ourselves in the mirror every morning and promise ourselves to understand the sometimes egoistic tendencies of our fellow humans, and to compromise our ‘egos’ to go out of our way to do something for someone else, even if only we will ever know the extents of our niceties. In the end, a hero is someone who acts out of principle, not incentive. To be altruistic means to give and act without expecting anything in return. Truly then, a true hero never asks for anything in return.